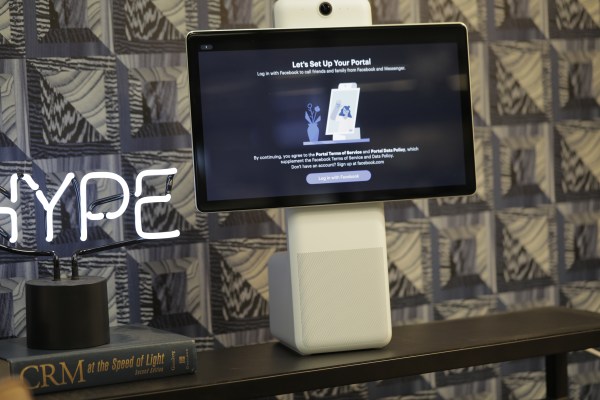 Facebook is restructuring its experimental hardware efforts and giving its moonshot projects a home within its AR/VR research division. The restructuring, reported by Business Insider (paywalled), didn’t result in any layoffs but did see some shifts of teams as the old Building 8 group rebranded to Portal and some projects moved to the former Oculus Research group (now, Facebook Reality Lab).

This is misleading. We renamed the Building 8 team Portal after that device launch. The research we initially started in Building 8 continues in our Facebook Reality Labs research group.

The Building 8 brand is dead but the big change seems to be Facebook moving its more headline-grabbing experiments further away from its nearly ready-for-production ideas.

With some of the more experimental hardware projects at Facebook, like a computer brain interface, “soft” robotics, and a project to “hear” through a skin-worn device, moving to Facebook Reality Labs, it’s clear that the organization once centered around AR/VR technologies is seeing its scope expand to more distant reaching technologies that aren’t vaguely ready for consumer products yet.

Meanwhile, the Portal group seems to be where some of Facebook’s more in-reach consumer hardware products are living with the newly-released video chat device serving as the foundation. The leader of Building 8, Rafa Carmago, who took over after the departure of Regina Dugan, is the VP of the Portal team now.

Meanwhile, Facebook Reality Labs is still led by Michael Abrash who has long held a senior presence in the company’s AR/VR ambitions.

Having products like Portal that are already for sale fall under the same leadership as invasive brain chips probably didn’t make a ton of organizational sense, especially when Facebook has already gone to lengths to separate projects focused on immediate product needs compared to ones that are more far-out. Facebook’s hardware ambitions are nascent but now that they have a product on shelves, it’s probably more clear that there are some completely different leadership needs and an organizational restructure makes sense.