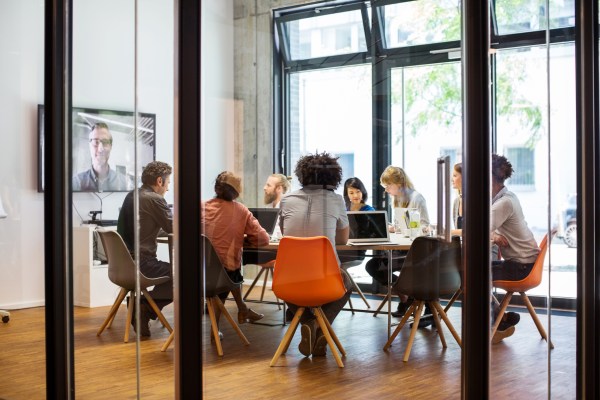 As companies compete for talent, a startup that has built a platform to help ensure that the talent — once it’s working for you — doesn’t get bogged down by IT frustration, has raised a significant round of funding.

Lausanne, Switzerland-based Nexthink has nailed down $85 million in funding led by Index Ventures (which has a base in Geneva), with participation also from Highland Europe, Forestay Capital, Galéo Capital and TOP Funds and Olivier Pomel (co-founder and CEO of Datadog).

Nexthink’s CEO Pedro Bados said in an interview that the company will be using this round to expand its business globally and specifically in the US.

It will be doing this from a healthy base. The company already has 900 enterprise customers, covering no less than 7 million endpoints, using its platform to improve employees’ interaction and satisfaction with the IT tools that they are required to use for work. Customers include Adobe, Advocate Healthcare, BlackRock, Commerzbank, Safran, Sega HARDlight, Tiffany & Co., Vitality, Wipro and Western Union.

Network monitoring is a big and established area in the world of IT, where tech companies provide a wide array of solutions to identify and potentially fix network glitches across on-premise, cloud and hybrid environments.

What is only becoming more apparent now to organizations is that problems with the dozens of apps and other software that employees need to use can be just as much, if not more, of an issue, when it comes to getting work done — for example, because something is not working in the app, the worker is unsure how to do something, or there is a configuration issue.

That is the issue that Nexthink is tackling. The company installs a widget — it calls it a Collector — on a worker’s phone, tablet, laptop, desktop computer, or whatever device is being used. That Collector in turn monitors hundreds of metrics around how you are using your device, ranging from performance issues and policy breaches through to examining what software is being used, and what is not.

Nexthink’s algorithms both identify and even can anticipate when a problem is happening, and either provide a quick suggestion to fix it, or provide the right data to the IT team to help solve the problem.

In the “marketplace” created in an IT network, you might think of Nexthink as solving problems at two ends: for the IT team, reduces the number of calls it gets by helping solve problems and providing useful information in cases where they will really be needed. For the employees, it gives them a quick and hopefully helpful response so that they can get on with their work.

“Not only are employees happy and more productive, but costs go down on support,” Bados says.

Nexthink has actually been around for 14 years — Bados co-founded Patrick Hertzog andVincent Bieri not long after he finished his graduate research work in artificial intelligence at the polytechnic in Lausanne — and this latest round is larger than all the funding that the company had raised up to now, which had been $69 million. That in itself is a sign of how VCs and the industry are waking up to the opportunity to address the challenge of software usability and experience and how that might affect employee satisfaction and productivity.

“We’ve known the company for a while and have a lot of respect for Pedro as a CEO,” said Neil Rimer of Index Ventures in an interview. “Watching what they have been buildingn focusing on user experience and management, is an area that we find compelling.” Plus the customer caliber and loyalty helped, he said. “The retention and lack of churn are all very impressive.”

Unsurprisingly, there are a number of others also moving into the space, including Microsoft, VMware and Riverbed, as well as others like New Relic around the same neighborhood of services. For now, Bados says he sees these more as potential partners than rivals.