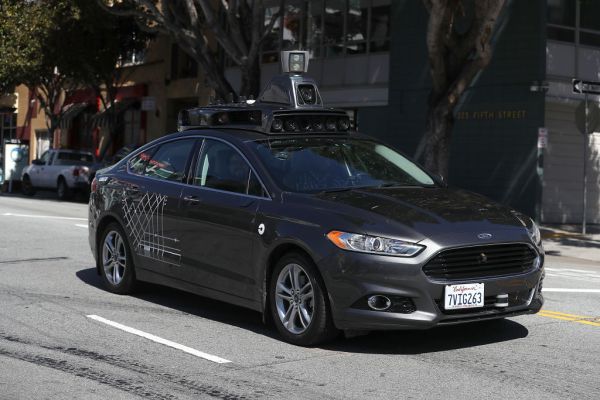 Less than a week before a Uber self-driving SUV prototype struck and killed a pedestrian in Tempe, Arizona last March, a manager sent executives an email cautioning that its autonomous vehicle unit needed to “work on establishing a culture rooted in safety,” reports The Information.

Robbie Miller, then a manager in the unit’s testing operations, was preparing to leave the company when he warned that “cars are routinely in accidents resulting in damage” and backup drivers, who sit behind the wheel in self-driving cars for safety reasons, weren’t properly trained or fired even if they made repeated mistakes.

In his March 13 email, Miller wrote that “the cars are routinely in accidents resulting in damage. This is usually the result of poor behavior of the operator or the AV technology. A car was damaged nearly every other day in February. We shouldn’t be hitting things every 15,000 miles. Repeated infractions for poor driving rarely results in termination. Several of the drivers appear to not have been properly vetted or trained.” Miller, who previously held positions in self-driving programs at Google and Otto, also gave a comprehensive list of suggestions he believed would reduce the likelihood of accidents.

Five days later, on March 18, the Tempe collision occurred, resulting in the death of 49-year-old Elaine Herzberg, who was crossing a street when she was hit by the SUV. Uber immediately halted testing of its autonomous cars on public roads and reached a settlement with Herzberg’s family two weeks later. It was later revealed in a police report that the car’s backup safety driver was watching videos on her phone when the crash occurred. The incident also raised serious questions about the safety of Uber’s self-driving technology system.

The email, obtained and published by The Information, was sent to Eric Meyhofer, head of Uber’s autonomous vehicle unit and John Thomason, vice president of software, as well as five other executives and lawyers.

It details several safety incidents that had occurred in the months before the fatal collision in Arizona, including one in which a prototype swerved off the road and drove on the sidewalk for several meters. Miller described delays in reviewing incident logs and wrote “This is not how we should be operating.”

During that period, Uber continued to test hundreds of self-driving vehicles on the streets of San Francisco, Pittsburgh, and suburbs of Phoenix, Arizona, before the program was brought to a temporary halt by the fatal accident in Tempe.

Miller’s suggestions included reducing the size of Uber’s fleet of autonomous vehicles by 85% so the software quality team could better review safety incidents, have more than one backup driver in each prototype (Uber had previously used two backup drivers per vehicle), and allow individual employees, including engineers or operation managers, to shut down testing if they believed there were potential safety issues.

“The cars are collecting more than enough data for the engineers to be aware of and solve the issues they encounter. Reducing the fleet size dramatically would not change that nor would it slow down the current rate of progress,” Miller wrote. “It would significantly reduce ATG’s likelihood of being involved in an accident. This sentiment is echoed widely throughout ATG.”

The Information report says that Miller’s assertions were supported by interviews with five current and 15 former Uber employees. While Meyhofer and the other executives who were sent the email did not respond to it, Miller was told by his supervisor that the team would discuss it. The Information’s sources also said his suggestions were discussed during the internal safety review that followed the Tempe accident.