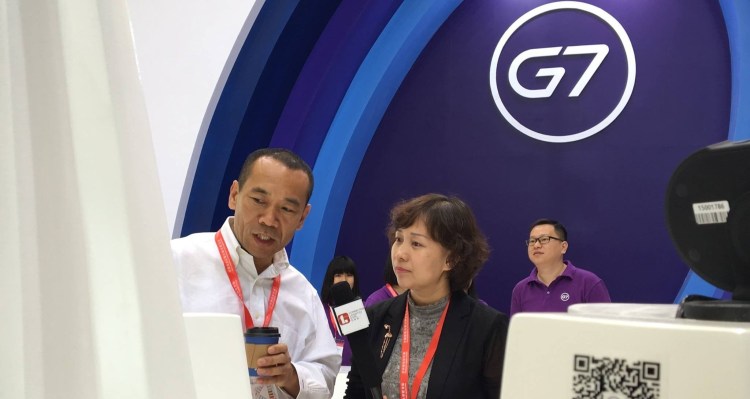 A sizable funding round is poised to heat up a race to automate China’s logistics infrastructure. Beijing-based fleet management company G7 announced on Monday that it has banked $320 million to drive technological development, bringing its total capital raised to around $500 million.

G7, which runs a proprietary connected platform for trucks, shippers, fleet manager and drivers, received the proceeds from lead investor HOPU Investments, one of the most high-profile private equity firms in China.

G7 claims that its latest funding round marks the highest among Internet of Things startups worldwide. The eight-year-old company declined to disclose its post-money valuation but says the fresh injection makes it one of the most valuable IoT companies in the world.

“Artificial intelligence in IoT is reinventing transportation and logistics equipment. Intelligent equipment and asset-as-a-service are the next big waves,” says G7 president Julian Ma, who formerly served as a vice president at Tencent overlooking location-based services, search, and autonomous driving for five years.

G7 has worked closely with its partners to build out connected networks serving everything from logistics, commercial vehicles, energy to payments. For instance, it’s joined hands with strategic investor NIO, a Chinese electric carmaker, on a trucking network. It’s also leveraging the global network of Total Energy Ventures, a French venture capital firm focused on the renewable energy sector.

Together, G7 claims to reach 60,000 customers and 800,000 commercial vehicles worldwide while 85 percent of China’s biggest logistics providers are its clients.

In recent years, China’s internet behemoths have upped the ante in how goods move around as they look offline for growth. In May, ecommerce giant Alibaba and a fold of other investors poured $1.38 billion into express delivery company ZTO. In February, the logistics arm of JD.com, Alibaba’s close rival backed by Tencent, got a huge boost after raising $2.5 billion.