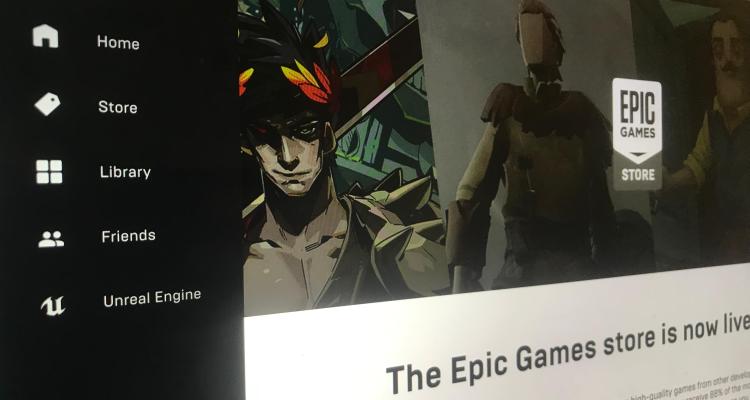 It’s a busy week for Epic Games . Fresh from pushing out a major season 7 update for Fortnite, so the gaming giant has taken the wraps off its own games store.

First announced earlier this week, the Epic Games Store is targeted squarely at Steam — the giant in the digital game commerce space — and it quietly went live today.

Right now there’s a small cluster of games available including Hades, a new title from Supergiant Games that is in ‘early access’ for $19.99, and Epic’s own Fortnite and Unreal Tournament, both of which are free. But Epic is saying that’s there’s a lot more to come. In particular, the store will offer a free game every two weeks, starting out with Subnautica from December 14-17 and Super Meat Boy from December 28 until January 10.

What is most interesting about the store is the revenue split, which is just twelve percent. That has set off a change at Valve, the firm behind Steam, as we reported earlier this week:

While Valve will continue to take an App Store-like 30 percent from sales of game makers with less than 10 million in revenue, that figure drops to 25 percent until they hit 50 million revenue, from which point the slice drops to 20 percent.

All in all, the store is very early-stage but you can imagine that Epic is working to add more flesh to the bones. It makes absolute sense that the company is aiming to capitalize on the phenomenal success of Fortnite — which was estimated to be grossing as much as $2 million per day in the summer — by building a destination for gamers. Indeed, a big clue came from its decision to bypass the Google Play Store and offer its Android app directly from its website — that’s a move that is estimated to cost Google around $50 million in lost earnings in 2018.

“As a developer ourselves, we have always wanted a platform with great economics that connects us directly with our players,” Epic Games CEO Tim Sweeney told TechCrunch in an emailed statement sent earlier this week. “Thanks to the success of Fortnite, we now have this and are ready to share it with other developers.”

The Epic Games Store is part of a wider vision for the coming that prompted a range of investors to pump $1.25 billion into the company in October. That round was participation from the likes of KKR, Kleiner Perkins and Lightspeed Venture Partners and it is said to value the Epic Games business — which also includes Unreal Engine for game development — at more than $15 billion.

Epic is the only gaming firm to go after Valve this year. Discord introduced a game store in August — just months earlier, Valve appeared to go after Discord with the rollout of its own gamer chat system.

So everyone is going after everyone, but Epic’s big advantage continues to be Fortnite.