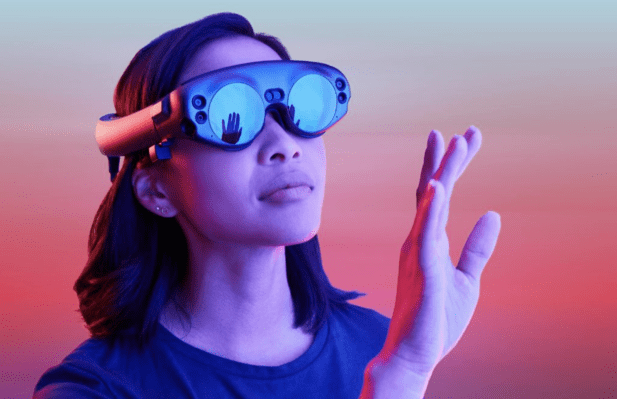 Magic Leap’s executive team is pretty heavy on the dudes these days.

Freeman joined the startup two years ago from National Geographic. Bhasin joined the company as chief business officer in October of 2015. With the two executives, both women of color, taking a step back from the startup’s C-suite, there seems to be a strong lack of diversity among the startup’s top executives, a group that includes a chief games wizard and chief futurist but does not appear to have a single female chief officer.

We have reached out to Freeman and Bhasin for comment on the scope of their continued involvement with Magic Leap.

Problems surrounding leadership diversity at Magic Leap have been highlighted in the past. Early last year, the company’s former VP of Marketing Tannen Campbell sued the company for gender discrimination after she was fired when she “challenged Magic Leap’s CEO, Rony Abovitz, to acknowledge the depths of misogyny in Magic Leap’s culture and take steps to correct a gender imbalance that negatively affects the company’s core culture,” the lawsuit alleged.

The suit, which was later settled, cast a negative light on the startup, which has raised more than $2.3 billion to build an augmented reality headset akin to Microsoft’s HoloLens. The company released its Magic Leap One Creator’s Edition earlier this fall.

The startup placed a major emphasis on diversity during the opening keynote for its first developer conference this October. Freeman helped kick off the event with a proclamation of support for underrepresented creators, an apt topic for many in the game development industry where female and minority representation has typically been quite low.

“We are committed to making significant investments to support the efforts of female and minority creators, it’s not just the vision, it’s brave leadership and we are going to make this real,” Freeman told the crowd. “We can’t underestimate the power of that trickle down effect, because when every voice is heard and people see themselves represented, it inspires and really energizes the next generation of creators.”