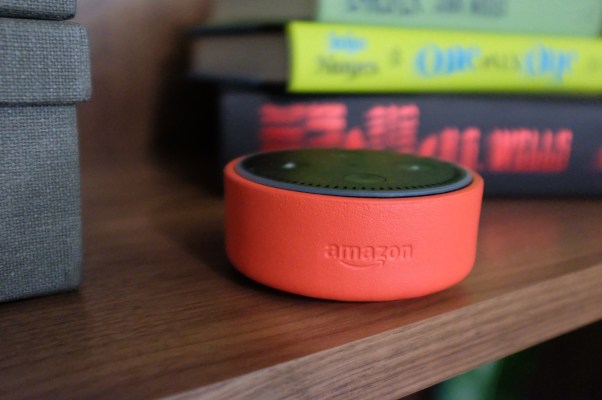 If you’ve got an Echo device at home, you’ve almost certainly played a few rounds of “stump Alexa,” asking Amazon’s assistant increasingly arcane questions in an attempt to elicit some baffled response. Likely you found it was all that difficult to confuse the AI. After all, Amazon doesn’t have the advantage of Google’s deep Knowledge Graph.

One quick workaround is going the Wikipedia route, drawing upon the knowledge of users to help build a deeper base of knowledge. Amazon’s just opened that door, with an invite-only program that asks customers to submit answers to Alexa’s more difficult questions.

Amazon has been testing Alexa Answers internally, adding more than 100,000 responses in the past month alone. Now it’s opening the program up to a small cross section of the public, via email invites. Those who get asked to join can answer questions for Alexa via a website hosting a broad range of different topics.

For example, Amazon’s offered up the following (admittedly bizarre) suggestions. “Where was Barbara Bush buried?” or “Who wrote the score for Lord of the Rings?” or “What’s cork made out of?” or “Where do bats go in the winter?” I’d like to image they were all asked by the same weirdo in quick succession.

Once responses are added, Alexa will have access to them, noting that they’re from “an Amazon customer” — one assumes to take a bit of the heat off of the assistant. But what could possibly go wrong?