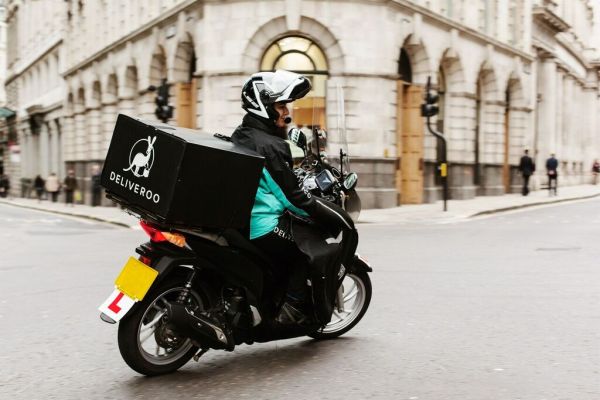 A UK union that has been fighting to win collective bargaining rights for gig economy riders who provide delivery services via Deliveroo’s platform has had its claim for a judicial review of an earlier blocking decision dismissed by the High Court today.

Six months ago the IWGB Union was granted permission to challenge Deliveroo’s opposition to collective bargaining for couriers on human rights grounds.

The union had already lost a challenge to Deliveroo’s employment classification for couriers last year. Then the Central Arbitration Committee (CAC) ruled that Deliveroo riders could not be considered workers because they had a genuine right to find a substitute to do their job for them.

The union disputes that finding but so far the courts have accepted Deliveroo’s assertion that riders are independent contractors — an employment classification that does not support forming a collective bargaining unit.

Even so, the union sought to pursue a case for collective bargaining on one ground related to Article 11 of the European Convention on Human Rights, which protects freedom of assembly and association.

But the High Court has now dismissed its argument, blocking its claim for a judicial review.

Writing in today’s judgement, Mr Justice Supperstone concludes: “I do not consider that, on the findings made by the CAC, the Riders have the right for which the Union contends under Article 11(1). Neither domestic nor Strasbourg case law supports this contention. Article 11(1) is not engaged in this case.”

Commenting in a statement, IWGB general secretary Dr Jason Moyer-Lee said: “Today’s judgement is a terrible one, not just in terms of what it means for low paid Deliveroo riders, but also in terms of understanding the European Convention on Human Rights,” he said. “Deliveroo riders should be entitled to basic worker rights as well as to the ability to be represented by trade unions to negotiate pay and terms and conditions.”

The union has vowed to appeal the decision.

Deliveroo, meanwhile, described the ruling as a “victory for riders”. It also argues that the judgement is consistent with previous decisions reached across Europe — including in France and the Netherlands.

“We are pleased that today’s judgment upholds the earlier decisions of the High Court and the CAC that Deliveroo riders are self-employed, providing them the flexibility they want,” said Dan Warne, UK MD, in a statement. “In addition to emphatically confirming this under UK national law, the Court also carefully examined the question under European law and concluded riders are self-employed.

“This a victory for riders who have consistently told us the flexibility to choose when and where they work, which comes with self-employment, is their number one reason for riding with Deliveroo. We will continue to seek to offer riders more security and make the case that Government should end the trade off in Britain between flexibility and security.”

Despite not having collective bargaining rights, in recent years UK gig economy workers have carried out a number of wildcat strikes — often related to changes to pricing policies.

Two years ago Deliveroo couriers in the UK staged a number of protests after the company trialed a new pricing structure.

While, in recent months, UberEats couriers in a number of UK cities have protested over pay.

UK Uber drivers have also organized to protest pay and conditions this year.

The UK government revealed a package of labor market reforms early this year that it said were intended to bolster workers rights, including for those in the gig economy.

Although it also announced it would be carrying out a number of consultations — leaving the full details of the reform tbc.