Intelligo does constant background checks on your trusted employees 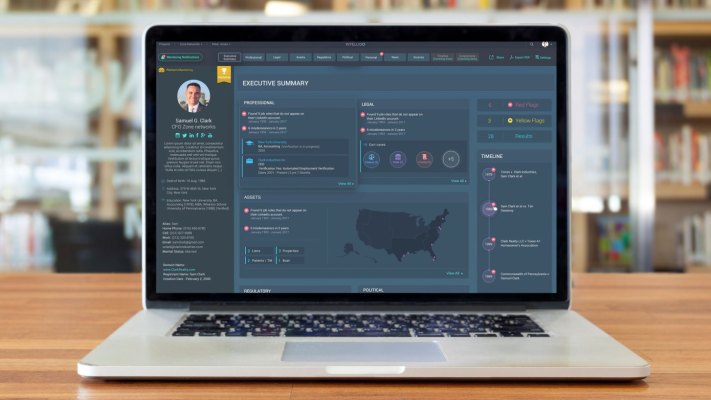 As a former Arby’s sandwich artist I understand the value of a background check. Had I not been investigated back at age 16 no one at the restaurant would have known I was a lapsed Boy Scout and read Stephen King novels. But what would have happened had I taken up a life of petty crime after being hired? No one except Intelligo would know.

Run by former lawyer, Shlomo Mirvis, Intelligo began as a manual background check service that pivoted to use AI and machine learning to speed up the process. Now Mirvis and his team have added a further twist, allowing for constant background checks over time, ensuring nothing untoward comes up after five months behind the keyboard or meat slicer.

Both Mirvis and Chief Research Officer Dana Rakovsky have connections to public and private intelligence. The company raised a $5.7 million series A and they declined to mention growth numbers although they did mention a number of high-ticket clients.

“Unlike most other players in the market, we’ve created a way to give customers continuous exposure to the people that matter to their investments,” said Mirvis. “Standard background checks are outdated the minute they’re published so we built a method to give businesses live alerts to the individuals they invest in, called Ongoing Monitoring. Unlike other products that exist, Ongoing Monitoring is built on an AI algorithm to provide a thorough scope of review, yet remove noise.”

Mirvis said that other services depend on humans poring over arrest records and other important documents to find mention of key employees. Their system looks at multiple databases and data sources and never gets tired.

“Any suspicious information found is highlighted with a red or yellow flag on our interactive report,” he said. “Copies of the original sources that our report is based on can easily be accessed.”

“Everyday people must make critical, and often difficult, decisions,” said Mirvis. “Whether the decision is to invest money or move ahead with a hire, the implications could affect a person’s financial standing or a company’s survival. At Intelligo, our mission is to create a way for people to leverage technology so they can rely on, and value, trust.”

Given background checks have become a given in many industries it’s no wonder Intelligo is running constant monitoring. After all, what would have happened if I had been found, months later, to be an undesirable sort while making my fiftieth beef and cheddar of the day?