First some notes on SoftBank’s rumored expansion into China and its weird fund math, then Foxconn, and then quick notes on tech depression, Huawei, and more.

SoftBank has fund visions (and a Vision Fund) for China? That, and more money

Kane Wu at Reuters reported over night that SoftBank is looking to open an office and hire an investment team in China, which Wu says will be based in Shanghai. That’s following the fund’s recent global expansion with new targeted offices in Saudi Arabia and India.

When I saw this, I sort of did a double-take: SoftBank doesn’t have a presence in China? The fund has reportedly been seeking investments in some of China’s leading unicorn stars, including controversial face recognition startup SenseTime, and leading edtech startup Zuoyebang (作业帮, which literally translates as “school assignment help”). (Hat tips to Selina Wang at Bloomberg, who seems to just be sitting in Vision Fund partner meetings). And of course, it dumped a pretty penny into WeWork China, where it was part of a $500 million syndicate, and is a huge investor in Didi.

It’s sort of obvious that SoftBank would expand to China. What will be interesting though is to see how the fund structures itself long-term. As far as I know, the Vision Fund is a singular “fund” that invests worldwide (send me an email if I am wrong on this count). China has a thicket of regulations on funds and companies, which is one of several reasons we see specifically China-focused vehicles (such as Lightspeed and Lightspeed China or Sequoia and Sequoia China). If the Vision Fund continues to be a unified fund, that would be a notable strategy shift that might be cloned by other trans-Pacific funds. 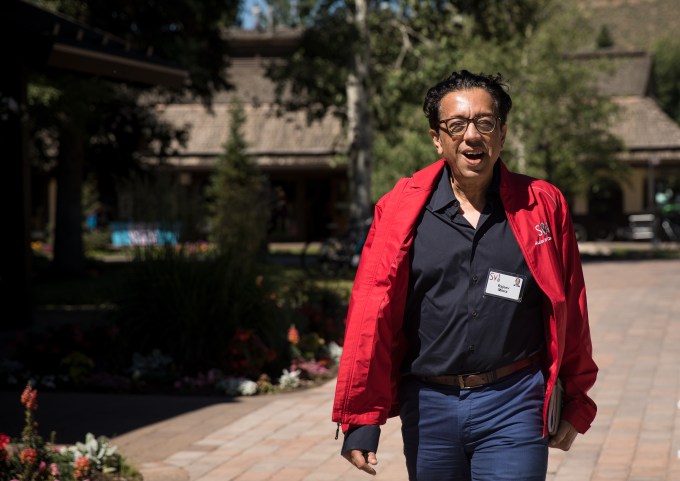 When it first closed the Vision Fund, SoftBank explained they had raised just over $93 billion in committed capital or, more precisely, around $93.15-$93.2 billion according to the initial investor presentations and its annual Form D filings. In those docs, SoftBank said that the fund was financed with $28 billion from SoftBank and $65 billion from third-party investors.

On top of the $93 billion raised for the Vision Fund, SoftBank detailed that it had committed $4.5 billion of its own capital to a separate “Delta Fund,” which was used to alleviate conflicts around SoftBank’s Didi investment. Thus, SoftBank’s total VC funding aggregates to around $97.7 billion.

Here is where it gets even more complicated. In its latest filings, SoftBank also notes that it completed the interim closing of an additional $5 billion for the Vision Fund in mid-October, “intended for the installment of an incentive scheme for operations of SoftBank Vision Fund.” That additional cash would bring Vision Fund’s total committed capital to $96.7 billion, and $102.7 billion together with the Delta Fund.

While it wouldn’t be included in the committed equity capital total, SoftBank is also rumored to be raising a $4 billion credit facility to help finance additional acquisitions.

So, it’s probably best to say that the Vision Fund — as constituted right now — is $97 billion or $96.7 billion with precision, assuming this $5 billion reaches a final close.

We have of course covered SoftBank quite obsessively, particularly its debt situation (Part 1, Part 2, Part 3, Part 4, and Part 5). What we haven’t covered more recently is the latest developments in SoftBank’s IPO, which is slated for December 19th and expected to bring in a haul of $21 billion. More to come on that front in the coming days. 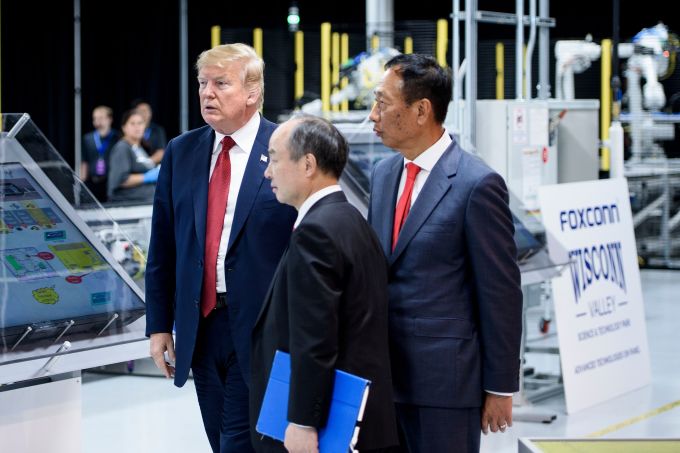 The South China Morning Post reported yesterday that Foxconn is investigating expanding its factories to Vietnam in order to avoid tariffs. Makes sense, and I have some calls this week and next trying to suss out how much hardware supply chains have really changed in response to the trade conflict.

That decision though isn’t just about the trade conflict, but also about the quickly increasing wages of Chinese laborers as well as political interference from Beijing. The Trump administration’s trade policies are just the excuse Foxconn needs to (at least partially) extricate itself from China, while saving face in the process.

What’s interesting is that Foxconn is also dealing with a massive brush fire in Wisconsin, where it received one of the largest economic development incentives ever offered by an American government, a whopping $3 billion package that was expected to drive manufacturing employment in the state.

Over night, Republicans in the state legislature passed a bill that would place large restrictions on incoming Democratic governor Tony Evers. Jessie Opoien for the (Madison) Cap Times:

Under the bill, legislators would have increased influence over the Wisconsin Economic Development Corporation, and the WEDC board, not the governor, would appoint the job creation agency’s CEO. However, the governor’s power to appoint a CEO would be restored in September 2019.

That is the agency that provided the Foxconn funding, which has become a political football in Wisconsin politics. Republicans are trying to protect one of the major economic legacies of outgoing governor Scott Walker, as well as what they believe is the future direction of manufacturing work in the state. Democrats smell a boondoggle in the making.

If that wasn’t all, rumored skimpy sales for iPhones is putting enormous pressure on Foxconn’s bottom line. Debby Wu at Bloomberg reported two weeks ago that:

The contract manufacturer aims to cut 20 billion yuan ($2.9 billion) from expenses in 2019 as it faces “a very difficult and competitive year,” according to an internal document obtained by Bloomberg. The company’s spending in the past 12 months is about NT$206 billion ($6.7 billion).

Foxconn is a very dynamic organization that has weathered repeated crises over the years. It is pretty much unique in what it does today: very few other companies can scale up and down hundreds of thousands of workers to meet iPhone and other device demands with such alacrity.

But, the fundamentals of the mobile device market have apparently changed dramatically this year, and Foxconn is likely to be the company most harmed as the assembler of those devices. That could destroy not just the Chinese dream of leading in manufacturing, but also the Vietnam and Wisconsin dreams as well.

Also: If you haven’t read it, this poetry by a Foxconn worker who committed suicide really resonated with me. Foxconn’s suicide problem is well-documented, but we often don’t hear from the individuals themselves.

Which big tech companies are most depressed?

Blind, the anonymous enterprise chatting app that has taken the tech world by storm, published survey results asking tech employees “I believe I am depressed.” Roughly 40% of employees responded yes. Interestingly, there wasn’t too much variation between companies. Amazon had the highest rate at 43% and Apple had the lowest rate at 30%. It’s an informal survey, probably without high scientific validation, but it is a reminder for all of us in the community that mental health and burnout is very real in the startup and tech ecosystems and we should be vigilant in helping each other when times are rough.

This is one of those stories that we are just going to keep on hearing about. After bans in Australia and New Zealand, British Telecom has announced they will not just ban Huawei’s 5G equipment, but also its 3G and 4G equipment. Britain, like Aus/NZ, Canada and the US are part of the Five Eyes intelligence network, and national security officials have been leading the crusade against Huawei infrastructure. What’s interesting is not just the rapidity of the bans, but also that the bans haven’t (from what I have seen) migrated outside the Five Eyes community yet.

Pendo commits to hometown of Raleigh 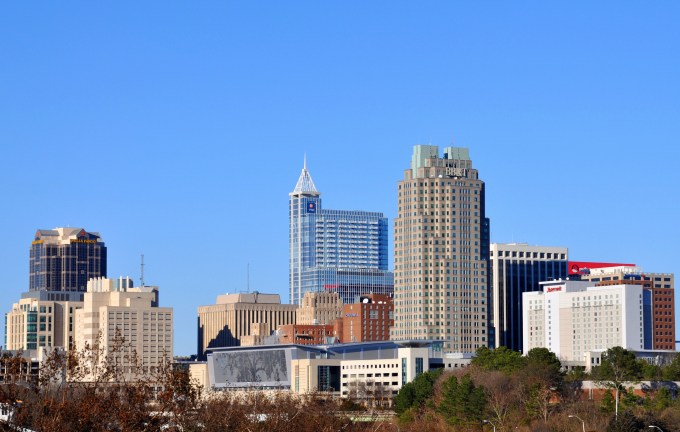 Pendo is a digital product management platform that has had quite a bit of success with customers and has raised more than $100 million in VC funding, most recently a Series D from Sapphire. The company announced that they have received a grant from home state North Carolina’s economic development department to grow in the Raleigh region. Pendo is committing $34.5 million to its headquarters (with the potential of creating 590 jobs), while the state will offer around $8.8 million in potential reimbursements over the next 12 years.

Given what I wrote yesterday about Wes McKinney leaving NYC and heading to Nashville and the work Chattanooga is doing to aid startups, it’s great to see other hotspots like Raleigh, NC invest to build out their ecosystems in a compelling way.

Todd Olson, CEO of Pendo, explained to me by email that, “Office rents in our downtown are a fraction of the cost of operating in other cities, and the cost of living is appealing to our employees. They can afford to buy a house here. In some markets around the country, that is becoming more difficult. It’s also just a nice place to live and work.”

Creative work is increasingly going to have to find a lower cost home.

I am still obsessing about next-gen semiconductors. If you have thoughts there, give me a ring: danny@techcrunch.com.

The LP Anti-Portfolio – Great short read. Lindel Eakman, former managing director at UTIMCO, the University of Texas/Texas A&M endowment, gives a list of funds that he passed on that he now regrets. Unfortunately, this is pretty rare coming from an LP, albeit a former one. It would be great to get more public discussion on what funds were missed and why by LP investors.

What I’m reading (or at least, trying to read)